Aaron Nagiel, MD, PhD Children's Hospital Los Angeles University of Southern California Eric Nudleman, MD, PhD Shiley Eye Center, UCSD Editor, RETINA Roundup Fortunately, a first year ophthalmology resident learns quickly that an infant with leukocoria must be evaluated for retinoblastoma.  Recently, the AAO published a consensus report providing guidelines for the screening of children at risk for retinoblastoma (1). Although this algorithm is extremely valuable, rare cases that do not fit the typical profile do occur. For example, a 14-year-old girl was referred with a diagnosis of toxoplasmosis in her left eye.  She presented to UCSD with 20/200 vision, a hypopyon, and a white and quite ocular surface (Figure 1). [caption id="attachment_1390" align="aligncenter" width="1953"] 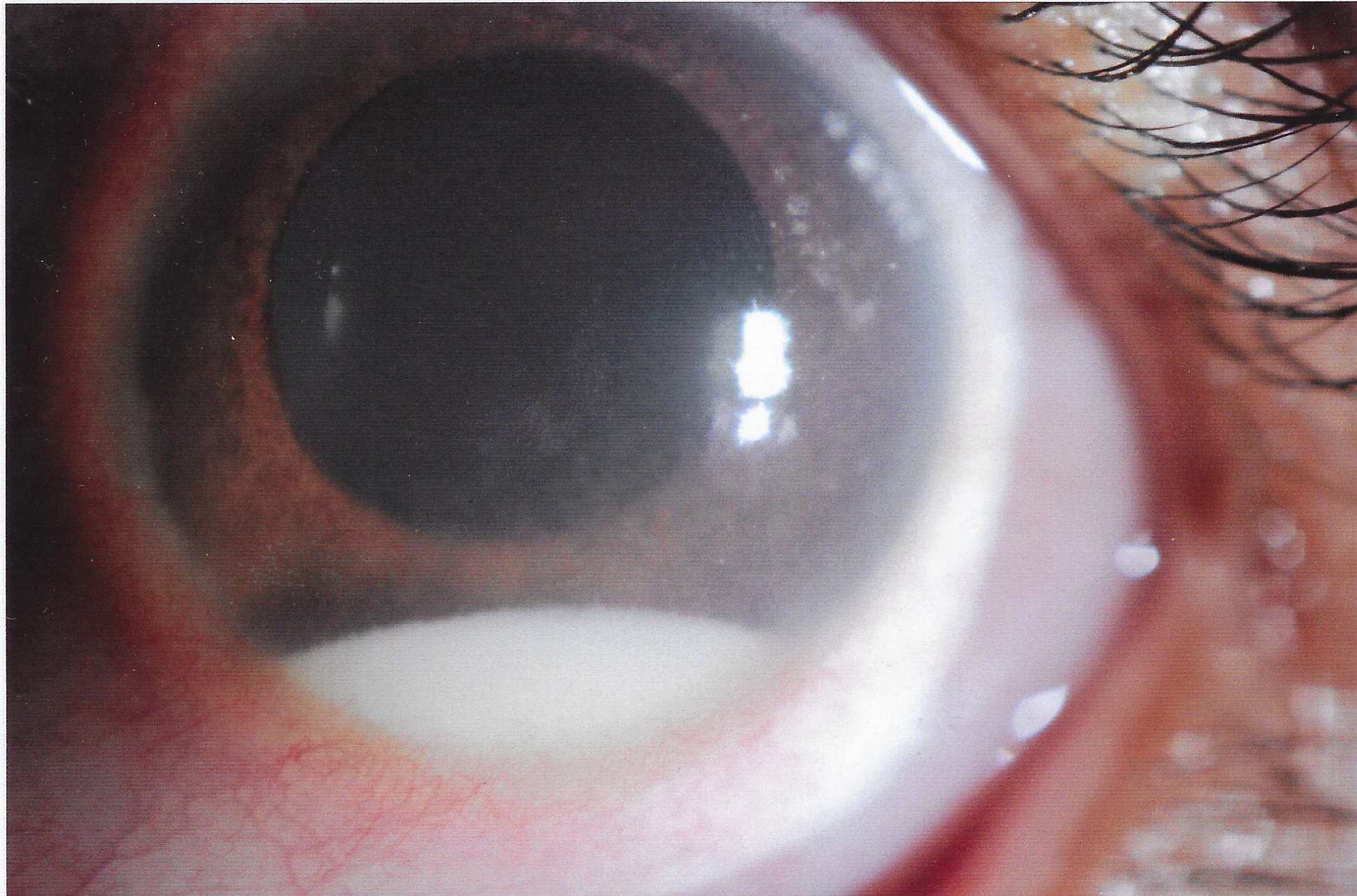 Figure 1. Pseudohypopyon in teenage child with Retinoblastoma[/caption] She had been treated for 2 months with triple therapy without improvement.  Her vitreous was full of white material, and a B-scan showed calcification.  Due to the high suspicion of Rb, she was enucleated, and the pathology confirmed the diagnosis (Figure 2). [caption id="attachment_1388" align="aligncenter" width="688"] 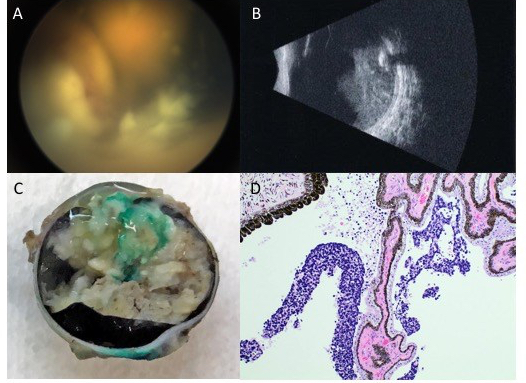 Figure 2. (A) RetCam photo of diffuse white material. (B) B-scan ultrasound demonstrating shadowing from calcification. (C) Gross pathology of same eye. (D) Histopathology showing tumor cells surrounding the ciliary processes.[/caption] Take another example, which was referred to Children’s Hospital Los Angeles where the retinoblastoma service is led by Jonathan Kim, MD and Jesse Berry, MD. This 8-year-old boy had been managed by an outside physician for unilateral pars planitis of the right eye. He presented with NLP vision and a pressure of 45 mmHg. His ultrasound demonstrated dense vitreous opacities along with two discrete masses overlying the retina. Given these findings, he was enucleated, again confirming the diagnosis of retinoblastoma (Figure 3). [caption id="attachment_1389" align="aligncenter" width="671"]

Figure 3. (A) RetCam photo showing vitreous seeding. (B) Gross pathology of of same eye demonstrating white mass overlying the optic nerve.[/caption] Retinal physicians are accustomed to rare diagnoses that occasionally show up in an otherwise mundane clinic…MEWDS…macular telangiectasia…syphilis (in its many forms). For some of these rare conditions, a misdiagnosis can mean a delay in treatment and possibly irreversible damage to the retina. For others, a missed diagnosis can be life threatening or even fatal. Retinoblastoma falls into the latter category. An unsuspecting vitreoretinal surgeon may even perform an invasive procedure such a vitrectomy, resulting in seeding of the orbit with tumor cells. As retina specialists, we are required to be attuned to some of the more atypical presentations of retinoblastoma. There are several case series that describe some of these atypical presentations especially in older children and teenagers, such as vitritis, endophthalmitis, vitreous hemorrhage, or retinal detachment (2-4).  The cases described here had significant vitreous seeding masquerading as vitritis. Finding a discrete mass on ultrasound with or without significant calcification is helpful in making the diagnosis but not always present. Thus, it is essential to always keep retinoblastoma in mind when these findings are encountered in children and consider referral to a retinoblastoma treatment center. REFERENCES 1. Skalet AH, Gombos DS, Gallie BL, et al. Screening Children at Risk for Retinoblastoma: Consensus Report from the American Association of Ophthalmic Oncologists and Pathologists. Ophthalmology. October 2017. doi:10.1016/j.ophtha.2017.09.001. 2. Karcioglu ZA, Abboud EB, Al-Mesfer SA, Al-Rashed W, Pilapil DH. Retinoblastoma in older children. J AAPOS. 2002;6(1):26-32. 3. de Aguirre Neto JC, Antoneli CBG, Ribeiro KB, et al. Retinoblastoma in children older than 5 years of age. Pediatr Blood Cancer. 2007;48(3):292-295. doi:10.1002/pbc.20931. 4. Shields CL, Shields JA, Shah P. Retinoblastoma in older children. Ophthalmology. 1991;98(3):395-399.