Sun Young (Sunny) Lee, MD, PhD was awarded this year's prestigious Retina Society Fellowship Research Award. Dr. Lee graduated from Pusan National University in South Korea and completed her ophthalmology residency at University of Southern California Roski Eye Institute in Los Angeles and is currently a second year vitreoretinal surgery fellow at University of Iowa. After fellowship, she hopes to continue pursuing her interests in studying the pathophysiology of various retinal diseases as a clinician scientist with an integrative approach combining cell biology, translational and imaging research. We had a chance to catch up with Dr. Lee, who provided us with a nice summary of her study. [caption id="attachment_1158" align="alignnone" width="600"] 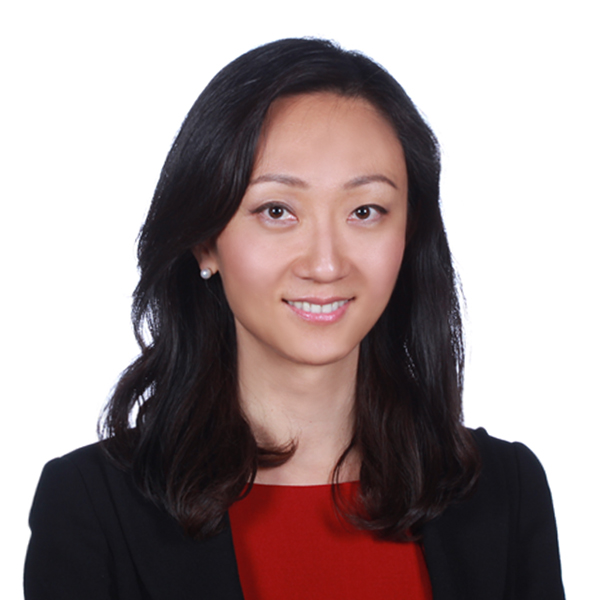 Sun Young Lee, MD PhD[/caption] Yoshi Yonekawa (RETINA Roundup, YY): Sunny, congratulations on your well-deserved fellowship research award! You delivered a fantastic talk yesterday. Can you tell our readers about your study? Sun Young Lee (SL): Thanks Yoshi. In our study at University of Iowa, we described serial multimodal imaging findings in acute macular neuroretinopathy (AMN), with a focus on the choroidal vascular changes in our case series of 9 eyes from 7 patients. YY: What were your findings? SL: We found that on OCTA, all eyes had inner choroidal flow voids that corresponded topographically to regions of abnormal hyperreflectance of the outer retinal layers on SD-OCT and hyporeflectance on NIR. YY: And how did these lesions evolve over time? SL: The areas of choroidal flow void on OCTA persisted until 6 month follow up for each patient in our cohort, while there was improvement in the abnormal hyperreflectance of the outer plexiform layer and inner nuclear layer on SD-OCT. 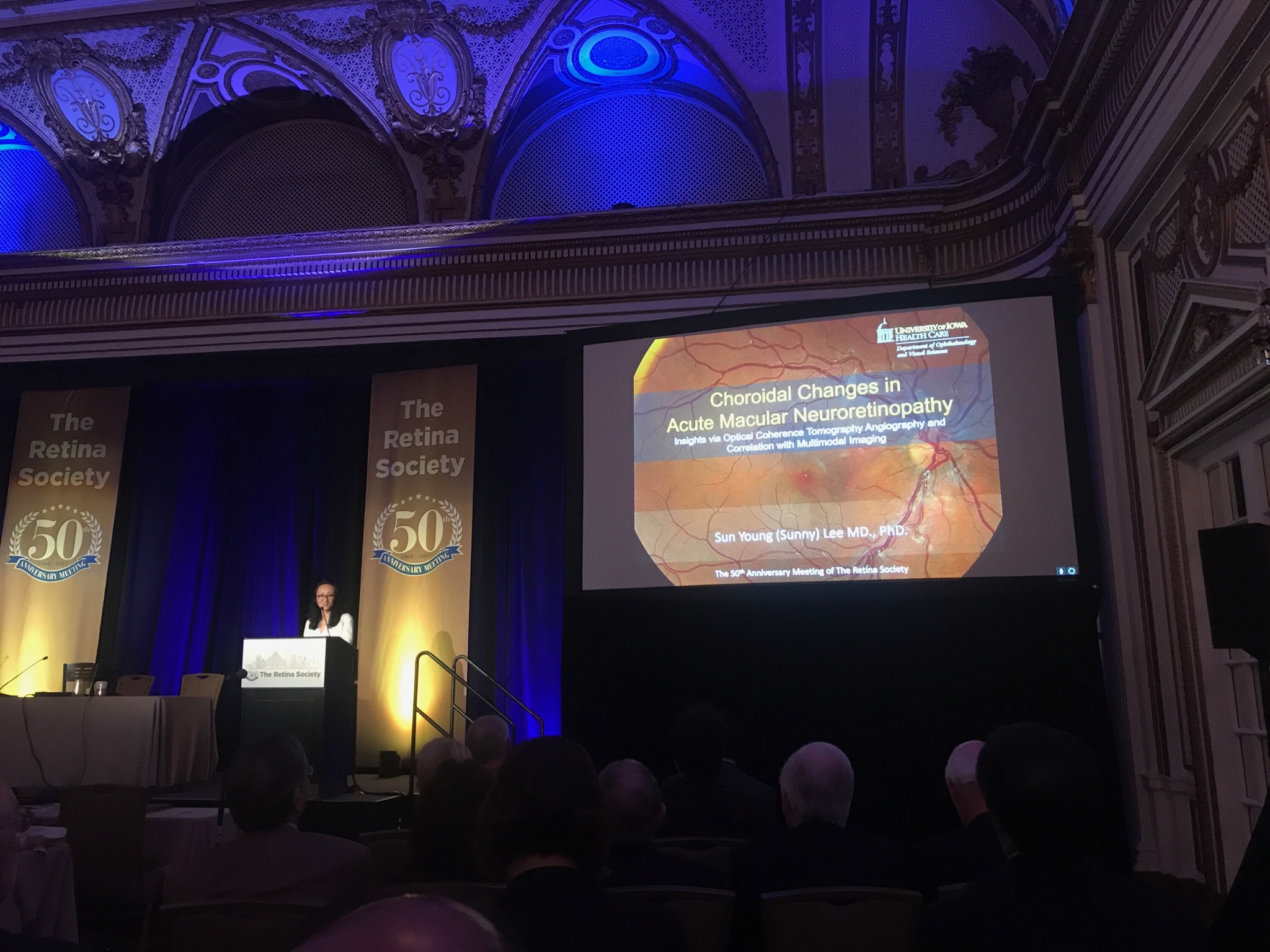 YY: Can you place your study in the context of previous studies on AMN using conventional imaging techniques? SL: Vascular insult has been speculated for long time in this rare and idiopathic condition, however the conventional vascular imaging modalities were not able to highlight the choriocapillaris abnormalities until now. YY: OCTA is teaching us new dimensions of retinal and choroidal vascular diseases for sure. So you show that the choriocapillaris may be involved in AMN. What mechanisms do you propose for this? SL: We correlated these findings with the anatomy and physiology of the choroidal vasculature and propose that vascular compromise of the inner choroid may be involved in the pathogenesis of AMN. We have several thoughts on why this may be the case. First, anatomically the end unit of choriocapillaris is the lobule that has a hexagonal shape in the central macula where we observe the characteristic teardrop or multilobular shaped lesions in AMN. The AMN lesions and the choriocapillaris lobules therefore have similar anatomic footprints. Second, physiologically the choroid is a vascular bed with high blood flow and low pressure lacking autoregulation, which may lead the choroid to be more susceptible for vascular insult such as vascular spasm, thrombosis or inflammation. Lastly, to explain the sparing of the RPE in AMN: Choriocapillaris blood flow change in AMN may be partial flow loss, and choroidal blood may still be able to oxygenate the RPE, but the outer retina in the water shed zone between retinal blood circulation and choroid blood circulation may be affected. Therefore we hypothesize that the initial vascular insult may be in the choriocapillaris, which may be a partial flow defect, which spares the RPE but affects the watershed outer retina. YY: Thanks for chatting with us Sunny, and congratulations again!