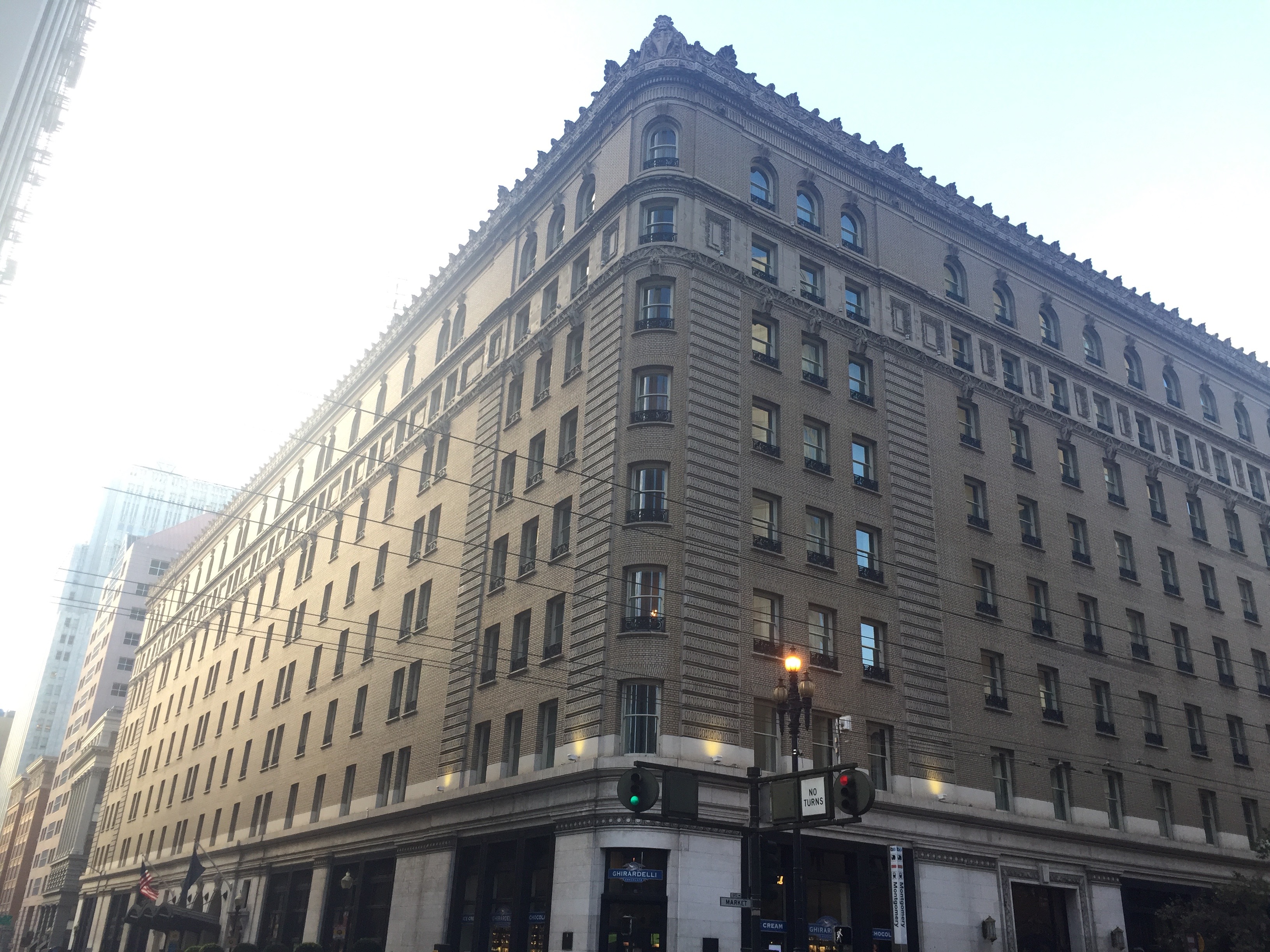 Palace Hotel, San Francisco[/caption] Dr. Antonio Casella then presented OCTA imaging characteristics from a series of nanophthalmic eyes, including the lack of a foveal avascular zone among other interesting findings. The next several talks all utilized wide field and ultra wide field imaging in some form, and were framed by Dr. Netan Choudhry’s presentation on standardizing the terminology for wide field and ultra wide field imaging. He shared recommendations from a panel of imaging experts that “wide field” imaging should refer to images showing structures up to the posterior aspect of vortex vein ampulla and “ultra wide field” beyond that. Dr. Jean-Pierre Hubschman shared a retrospective study utilizing ultra wide field autofluorescence in patients with retinoschisis and found that areas of hyperautofluorescence corresponded to the presence of subretinal fluid with 100% accuracy, highlighting that widefield autofluorescence can be a useful imaging modality in the monitoring of retinoschisis. Dr. Kyoko Ohno-Matsui then showed beautiful 3D OCT movies of entire staphylomas using a prototype wide field OCT which allowed visualization of the spatial relationships between myopic schisis and vitreous traction within the staphyloma, which could guide surgical planning. [caption id="attachment_2444" align="alignnone" width="3264"] 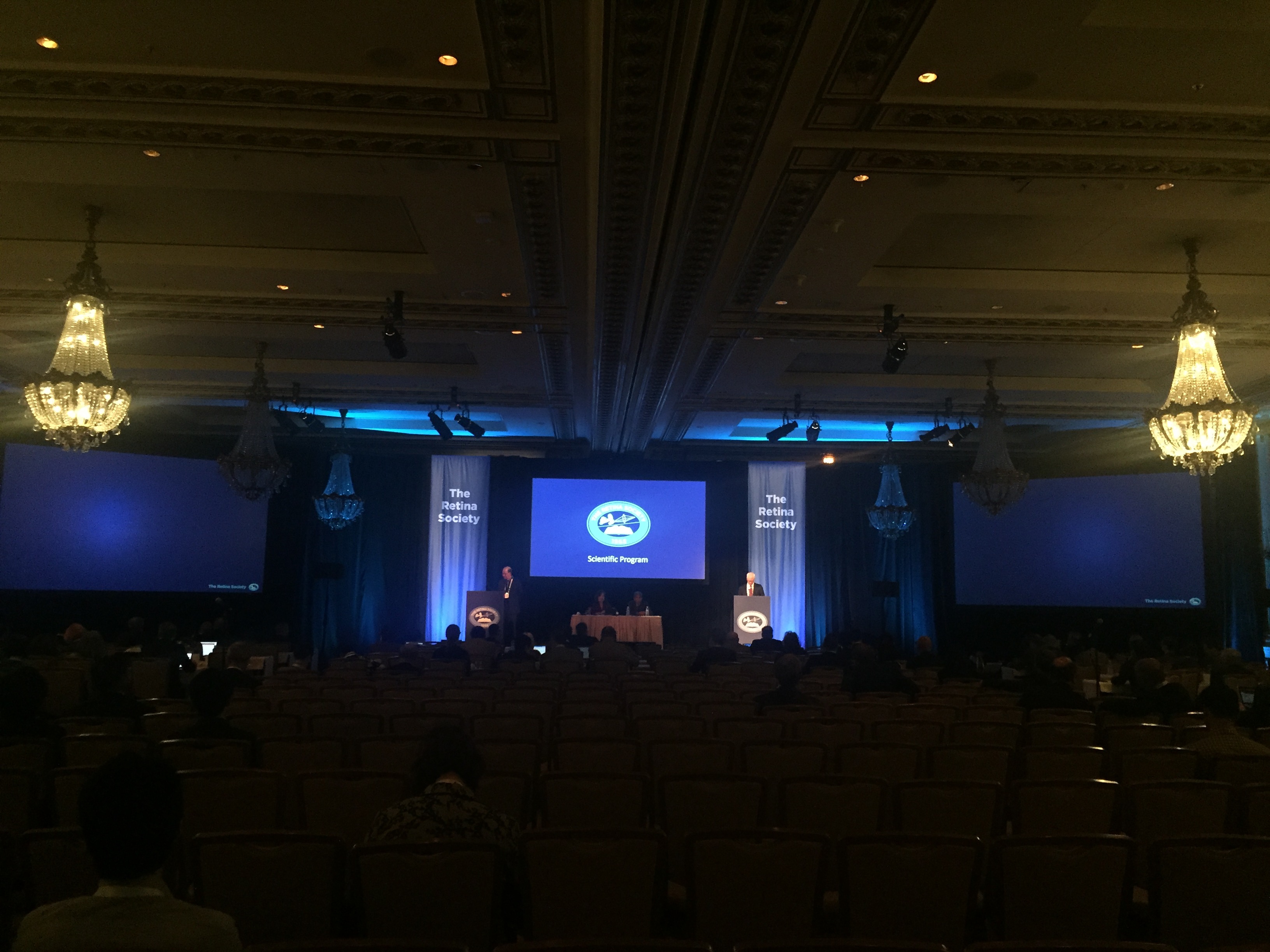 Imaging Session[/caption] This was followed by a presentation by Dr. Adrienne Scott on features of pediatric sickle cell retinopathy using OCTA. She showed interesting findings including macular flow abnormalities that may precede structural thinning and peripheral nonperfusion. Dr. Judy Kim then shared work investigating several measures characterizing FAZ in normal subjects, and found that FAZ area was most consistent to look for differences among subjects but recommended that axial length be obtained so these measurements could be adjusted. [caption id="attachment_2456" align="alignnone" width="712"]

Judy Kim[/caption] Subsequently, Dr. Mohamed Elmasry presented the effects of projection artifact removal on vessel density in various stages of diabetic retinopathy and found opposite effects on differences in superficial and deep capillary density. The final three presentations of the imaging session utilized adaptive optics, which can enable very fine resolution imaging but as we learned can be quite time-intensive. First, Dr. Shintaro Nakao investigated adaptive optics imaging of micro aneurysms in diabetic retinopathy and found that turbulence may be a factor in detection by OCTA. Dr. Thomas Friberg then presented on hyporeflective structures in geographic atrophy that appear to move over time, but the significance of these findings remain to be determined. Finally, Dr. Andreas Pollreisz shared beautiful images demonstrating the visualization of photoreceptors using adaptive optics OCT in various stages of AMD and found differences in density and spacing of the photoreceptors in pathologic aging. That concluded a great first day of interesting and instructive presentations at the 51st Retina Society in San Francisco, which is off to a wonderful start!