In Volume 1, Issue 2 of RETINA, Steve Charles, MD published the first series of patients to receive endophotocoagulation during vitrectomy surgery (1).  Prior to this development, retinopexy required cryotherapy or a slit lamp mounted photocoagulator.  The device Dr. Charles introduced was a modified portable xenon arc light in a “compact and light weight” system (Fig 1). 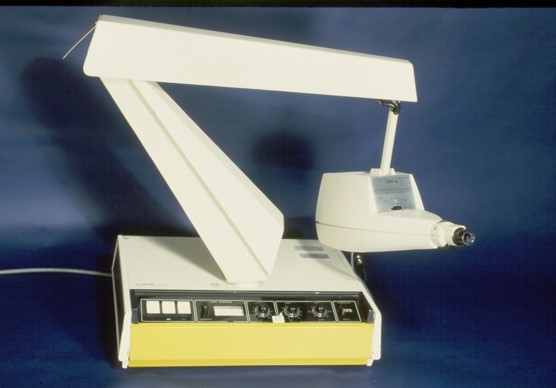 The freestanding unit weighed approximately 50 lbs, and was equipped with a reusable 20 gauge fiberoptic probe with a fixed length of 57 cm (Fig 2). 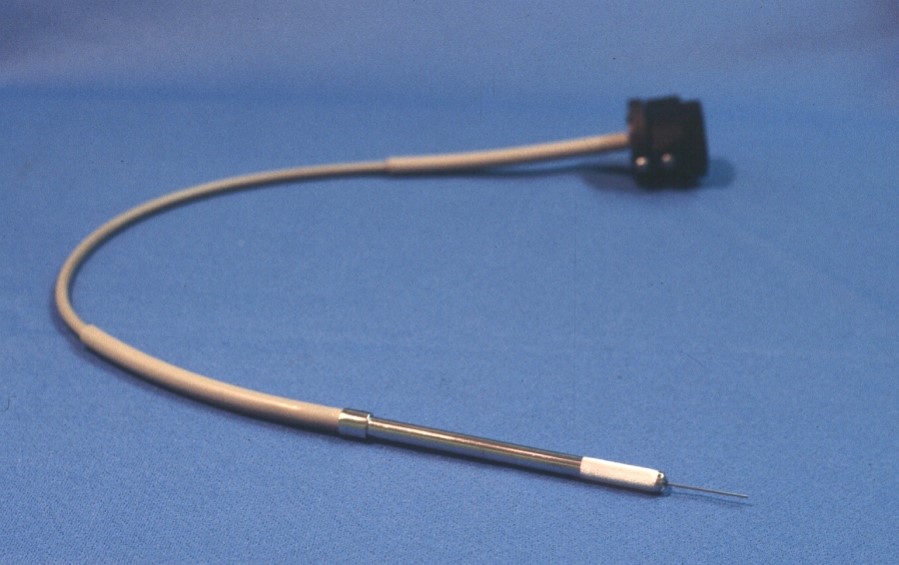 In his series of 169 eyes of various indications (including retinal tears, PDR, IOFB, macular hole detachment and NVG), Dr. Charles initially did not have a barrier filter.  He noted “a brief after-image is sometimes present following each coagulation”, and therefore subsequently modified the microscope to include a neutral density light filter to reduce the light intensity to the surgeon’s eyes.  To obtain coagulation at an appropriate size, the probe needed to be held a half a millimeter or less from the surface of the retina.

Clearly, the impact of this innovation has been enormous.  We caught up with Dr. Charles to ask a few questions about his early experience with the device. Nudleman: Its hard to imagine vitrectomy without endolaser today.  Was there an obvious need at the time?  Charles: Machemer used traditional trans-scleral cryo for retinopexy and PRP was just getting going; many of the vitrectomies were for diabetic vitreous hemorrhage or TRD. Other than the after image, what were the challenges of using this equipment? The first device I built at NEI used a xenon source and fiber bundle, not a single fiber; the thermal energy damaged the fibers. How long did it take to deliver a full PRP? My guess is 5-10 minutes; large spot size. Have you seen patients that were treated as followup in recent years? Is there anything unique about their scars? RPE creep. Did this device make it into widescale production? Yes Clinitex made many fiber delivery system for the Log II source invented by Patrick O’Malley for conventional photocoagulation. You have been a pioneer in instrument development for decades. How do you think the pathway has changed? Greater system complexity, higher regulatory costs and development budgets and timelines. (1) Charles, S.  Endophotocoagulation.  RETINA.  1:117-120, 1981.