Nicolas Yannuzzi, MD Ophthalmology Resident Bascom Palmer Eye Instiute University of Miami Welcome to the RETINA Roundup coverage of the 2017 AAO Retina Subspecialty Day. On day 1, the academy organized several debates on the clinical utility of new technologies in medical and surgical retina. Debate: Is OCT Angiography Ready for Mainstream Clinical Use? Pro: Caroline Baumal MD Dr. Baumal started by showing that OCTA has been a valuable research tool in AMD, CNV, diabetic retinopathy, macular telangiectasia, and retinal vascular exclusion. She stated that OCTA has enabled us to demonstrate changes in retinal vessels before clinical detection by traditional FA, to visualize unsuspected CNV in eyes with dry AMD and GA, to confirm CNV in equivocal cases where ICGA and FA are not definitive, and to define the FAZ in a reliable manner. Furthermore, she mentioned that in comparison to traditional FA, OCTA is noninvasive, no dye is needed (avoiding systemic side effects), and imaging time is reduced (10x less than conventional FA). In addition, she said that OCTA provides higher resolution imaging of the choroidal vasculature, allows for segmentation of different vascular layers including the deep vascular plexus and choriocapillaris, and obtains structural data as seen in conventional OCT in addition to flow data. Con: Karl G Csaky MD Dr. Csaky responded by acknowledging that while OCTA has the potential to image the retina and choroid noninvasively, there are several limitations that limit its clinical utility. First, it is difficult to resolve the choroidal neovascularization from overlying retinal vascular projection artifact. Second, photographers need to spend extra time, sometimes with the physician in front of the machine to fully analyze the images and segment the vascular pathology making the device noncompatible with a busy clinic in a conventional practice. Third, he stated that there is limited prospective data demonstrating clinical utility of OCTA in management of macular disease, for instance in patients with dry AMD and subclinical CNV. Furthermore, there are limited clinicopathologic studies demonstrating what these different OCTA findings signify in vivo. Lastly, Dr. Csaky stated that without a billing code, the OCTA machine will not be able to justify its cost. Audience Response: Pro: 23% Con: 77% [caption id="attachment_1448" align="alignnone" width="4032"] 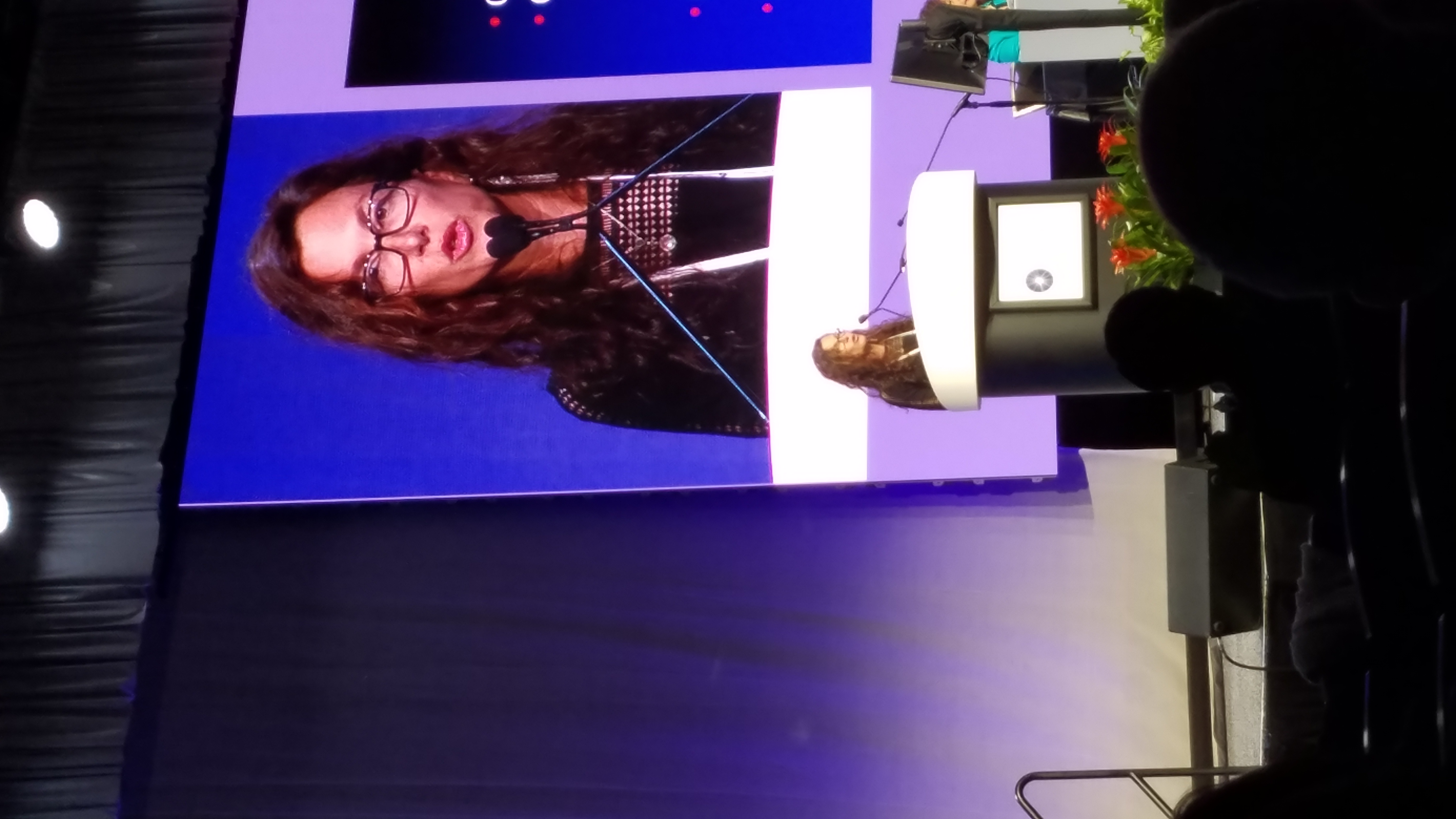 Dr. Caroline Baumal[/caption] Is Heads-up 3-D Digital Surgery Viewing Useful for Vitrectomy? Pro: John Kitchens MD Dr. Kitchens started the debate by stating that heads-up viewing systems allow for less light toxicity since the system allows for equivalent visualization at lower light levels. He also mentioned that the system has enhanced depth of focus to 2.7x (allowing for less refocusing during the case) and for better peripheral awareness. Dr. Kitchens also noted that heads-up viewing allows for seamless integration with other technologies such as intraoperative OCT. Finally, Dr. Kitchens said that the system is an important teaching tool, allowing for improved co-visualization by attending and fellows during teaching cases. Con: Julia A Haller MD Dr. Haller started by polling the audience and showed that most people are not using heads-up display in their practices. While Dr. Haller agreed that tremendous strides have been made in improving the resolution of the device and that it may allow surgeons to reduce microscope illumination levels, there are still notable disadvantages. First, the image obtained from the microscope is displayed on a monitor thus making it necessary for both the microscope and the heads-up system to be present in the OR (both devices are large and have substantial footprints). In addition, setup is complex and time consuming. While there is presently adequate depth perception allowing for membrane peeling, Dr. Haller stated that image quality continues to need to be refined to produce improved color and stereo viewing and often requires repeat focusing and color balancing. She also found that ergonomically, the system has made comfortable visualization difficult because of the need to look around the scope and difficulty maintaining a view while assisting the primary surgeon with scleral depression. Other key issues noted: is it worth the price, and is a change needed requiring substantial retraining when the system doesn’t allow you to do anything you can’t do in a conventional setup. Audience Response: Pro: 29% Con: 71%   [caption id="attachment_1449" align="alignnone" width="4032"] 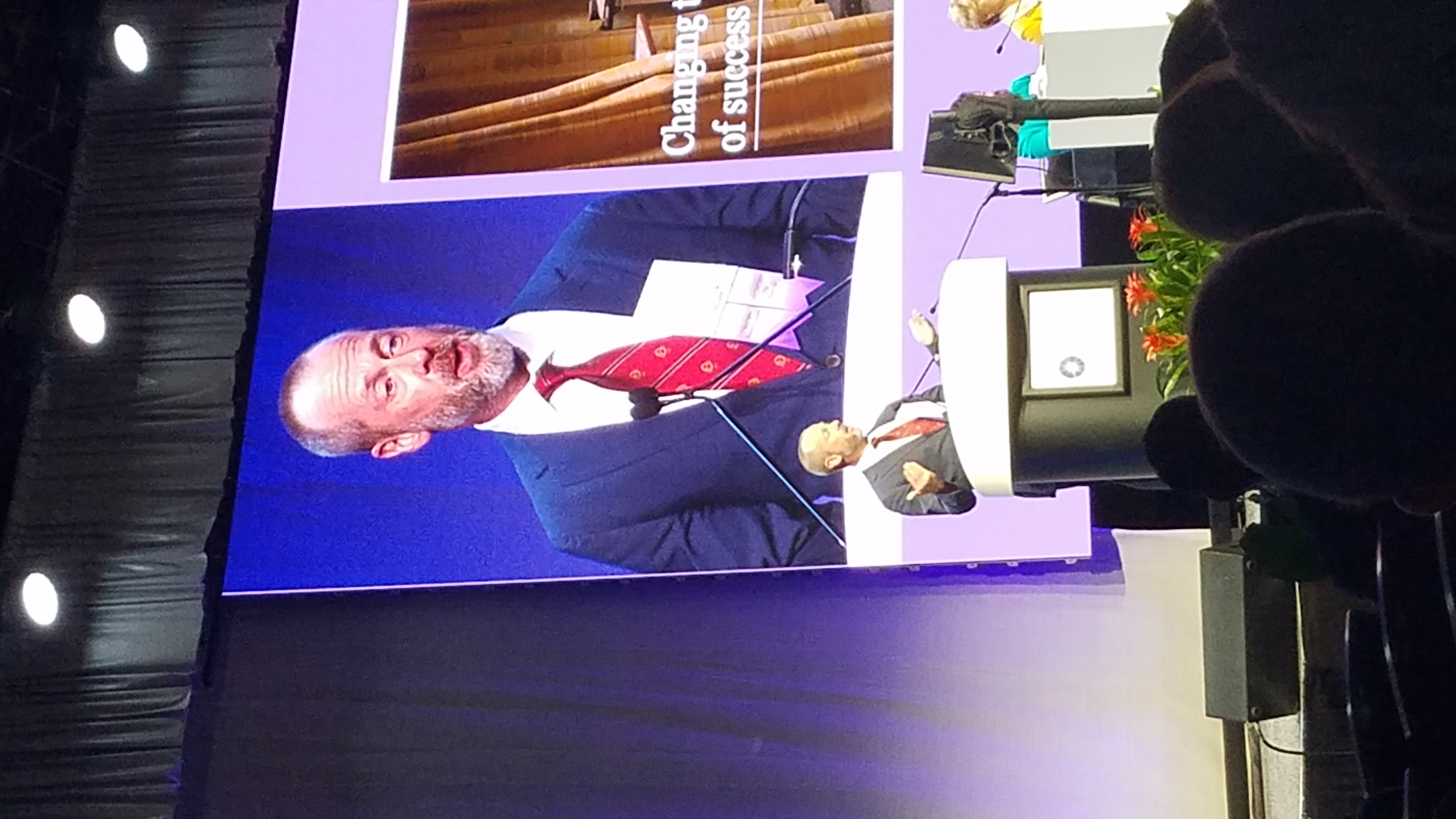 Dr. John Kitchens[/caption] What is the Utility of Intraoperative OCT in Improving Surgical Outcomes? Pro: Justis P Ehlers MD Dr. Ehlers started the debate by saying that the high resolution anatomic information provided by OCT has improved our ability to visualize vitreomacular traction, macular holes, and epiretinal membranes in a manner not previously possible without imaging. In his experience, intraoperative OCT changes management 20% of the time. Furthermore, it has allowed for visualization of residual membranes and confirming of surgical objectives. Ten to 15% of membranes are missed with a conventional setup without intraoperative OCT. He also showed that peeling done with intraoperative OCT allows for increased safety with a lower rate of RNFL dissociation. Last, he concluded by affirming that there is a large gap between what we see on the microscope and what is truly occurring as shown by intraoperative OCT. Con: Omesh P Gupta MD Dr. Gupta stated that OCT is a powerful diagnostic tool in the clinic; however, the utility in the OR remains unclear. In particular, there is a need to demonstrate superior outcomes with eyes treated in the presence of intraoperative OCT to justify its use. He listed a number of challenges. First the interface is cumbersome and confusing. Next, the display is not always real time, and shadowing of instruments can impair the view. Third, image artifacts are distracting, and quality of scans through media opacity is poor. He presented data demonstrating that intraoperative OCT did not change his surgical outcomes or alter intraoperative management and stated that a prospective randomized control trial showing improved outcomes is needed to justify its expense. Audience Response: Pro: 34% Con: 66% 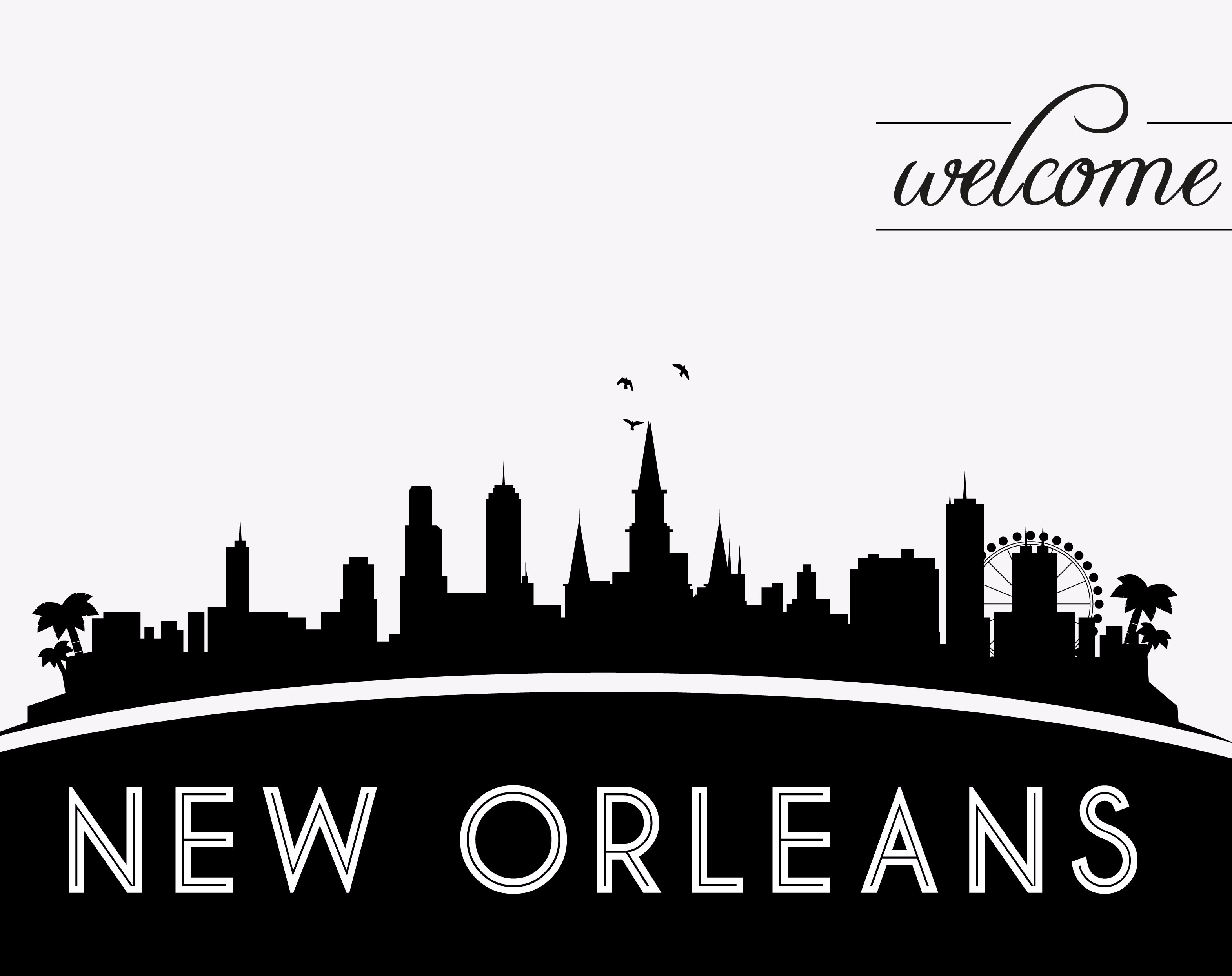